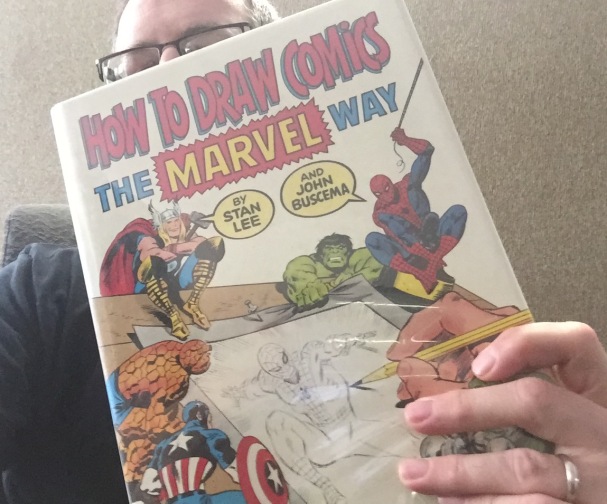 In 1978, Stan Lee and John Buscema published How To Draw Comics The Marvel Way in an effort to teach young aspiring comic book artists how to draw comic books. It is an excellent, if dated, tutorial covering all aspects of creating exciting, pulse-pounding action that will leap off the page. How to draw figures, how to draw faces, how to make objects look real are covered along with page layout, composition, inking techniques, and how to create drama and the best action sequences. All in less than 160 pages.

My copy, acquired from a local library (I don’t remember if it was purchased or taken out and never returned – I hate to think what the late charges might be), has been well-thumbed, I can tell you.

I will focus on one chapter of this book in particular. I have a reason for this focus which will become apparent later.

As an example, Stan and John focus on a cover of Nova (#12 – August, 1977). It was drawn by Buscema and, of course, it’s pretty damn good. (Hey, it’s by John Buscema. He was one of the masters.) Still, there were a few steps to go through before settling on the final design. A few quick sketches were produced using all the elements called for by the editor: Nova and guest-star Spider-Man are about to do battle in a library, in which we can see an incapacitated civilian. 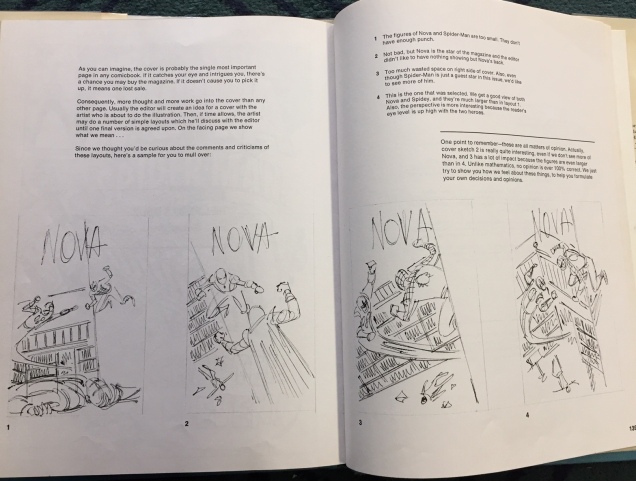 Stan breaks down the reasoning why the first three sketches were rejected before accepting the fourth design. One had the characters of Nova and Spider-Man too small in the design. Another had the star of the book with his back to the reader. And the third, would have also been nice to not have Spidey’s back to the reader.

Ugh! Editors. So hard to please. 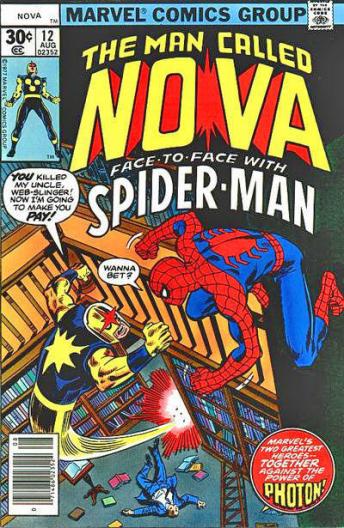 Eventually, a design was agreed upon and Buscema got to work, along with inker Frank Giacoia, producing the final piece.

The intent of this chapter is to show how important it is to create an exciting, engaging, and eye-catching cover. As Stan puts it:

“As you can imagine, the cover is probably the single most important page in any comicbook. If it catches your eye and intrigues you, there’s a chance you may buy the magazine. If it doesn’t cause you to pick it up, it means one lost sale.

“Consequently, more thought and more work go into the cover than any other page.”

It’s true. As a kid, I would mainly buy comic books based solely on their covers.

Well, the other day I was working at the comic book store (Nostalgia Zone in Minneapolis), going through inventory, seeing which books were needed for the online catalog. I came across a cover that made me pause. I stopped and showed it to the store manager. I asked, “What the hell happened here?”

Now, let me be clear. I mean no disrespect to the artists involved: Ed Hannigan and Klaus Janson. Both have produced plenty of fine comic book art, including many covers.

However, The Amazing Spider-Man Annual #17 (1983) looks… Well, it looks dashed off. It’s almost as though the cover wasn’t even thought about until just as the book was going to press. 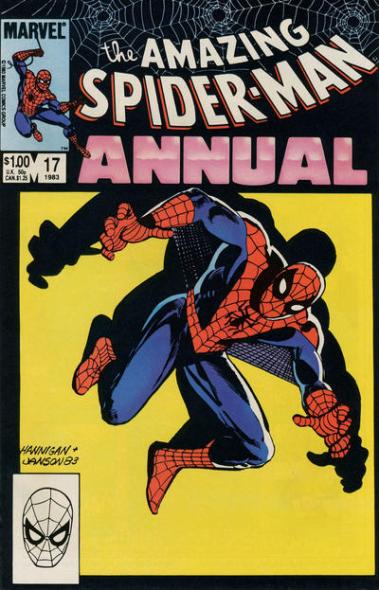 I can’t imagine this cover went through any of the process that cover of Nova went through. My guess is they were hard up against deadline and just needed a drawing of Spider-Man for the cover. Which seems strange as it’s an annual. I was always under the assumption that annuals, since they only come out once a year, have more time to produce.

That can’t be right.

Images used under Fair Use.

Warehouse Find is the official blog of NostalgiaZone.com, where you can find books, games, toys, cards, and a huge selection of Golden, Silver, Bronze, and Modern Age comic books. Jim also has a podcast called Dimland Radio. He’d love it if you checked it out. It’s available on iTunes.

4 thoughts on “How To Make A Great Cover, Unless Under Deadline”