Well, they are more than merely passable. They’re pretty damn good and a few are great, in my opinion. The year is 1983 and these albums all fall into the alternative category, although a couple of them are by artists who were on their way to the big time. One of these bands was about to become rock superstars. Hint: It wasn’t The Replacements.

As I always say, this is my list. Your results may vary.

10) Burning From The Inside – Bauhaus Due to illness, Peter Murphy’s contribution to this the fourth album by UK Gothic rock pioneers was lessened. David J and Daniel Ash did more of the song writing than before and took on more lead vocals. It’s been suggested that Murphy’s absence and the increased involvement of J and Ash led to the break-up of the band shortly after its release. The dark and disturbing title track, along with Slice Of Life, Honeymoon Croon, and the uplifting Hope are all standout tracks.

9) Violent Femmes – Violent Femmes The debut album of this sex-angst-ridden band out of Wisconsin is largely acoustic in sound, but punk to its core. However, who could possibly have known in 1983 that the opening track – Blister In The Sun – would become a staple song clip played at sporting events all over America? Weird. Oh! Did I mentioned there’s xylophone! Well, there is!

8) Subterranean Jungle – Ramones Three cover songs (Little Bit O’ Soul, I Need Your Love, and Time Has Come Today) and a harder edge to most of their original songs for the album had critics describing Subterranean Jungle as somewhat of a return to these New York punkers’ roots. Of course, the album didn’t sell as well as any by REO Speedwagon, but I do recall hearing Little Bit O’ Soul on the radio, however briefly. And ever the romantic, Joey delivers one of the band’s better love songs – My-My Kind Of A Girl.

7) Hootenanny – The Replacements A little disjointed with a couple of the tracks capturing this Minneapolis band’s legendary drunkenness, but the album also sees Paul Westerberg maturing as a songwriter with such songs as Color Me Impressed and Willpower. Lovelines is an entertaining trip through the personals ads with lyrics pulled directly from actual ads.

Favorite track: Within Your Reach 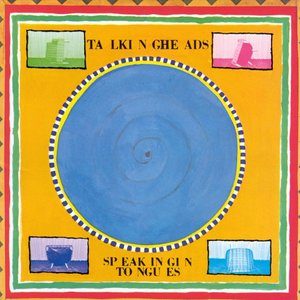 6) Speaking In Tongues – Talking Heads It took five albums, but the artsy fartsy punk band from New York finally got a Top 10 single with the opening track – Burning Down The House. The band was on its way to becoming stars in the rock world, but they are not the superstars to which I was referring.

Favorite track: This Must Be The Place (Naive Melody)

5) War – U2 This is the band I meant when I mentioned rock superstars. They hadn’t gotten there as of 1983. It would take a another four years and the release of The Joshua Tree to make these Irish rockers kings of the world of rock and pop. However, this album was awfully damn successful, selling 11 million copies worldwide. Sunday Bloody Sunday, Seconds, Two Hearts Beat As One, and Surrender are all great tracks.

4) Metal Circus – Husker Du Main rivals of The Replacements, these hardcore punks out of St. Paul were rising fast in the indie/college rock scene. It’s been said Husker Du practically invented alternative music. Technically an EP, Metal Circus had the band transitioning from the speed/thrash hardcore of their earlier efforts to the more melodic alternative sound of their next two albums – Zen Arcade and New Day Rising. 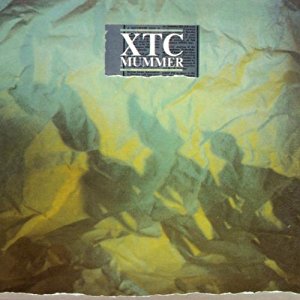 3) Mummer – XTC The first album recorded by this band from Swindon, England after they had confined themselves to the studio due to Andy Partridge’s live performance ending stage fright. No longer concerned about playing the songs live opened new avenues and textures for the band to explore. Drummer Terry Chambers would leave the band before the recording of Mummer was complete, because he preferred to be in a band that would play live. Their music continued moving away from the early quirkiness and then more rocking sound to a more acoustic and pastoral sound, the one exception being the last track – Funk Pop A Roll. Notable songs include Wonderland, Great Fire, and In Loving Memory Of A Name. 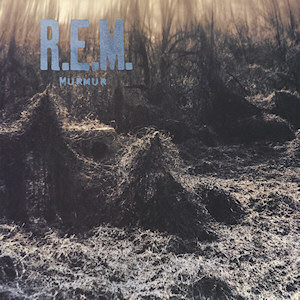 2) Murmur – REM REM could be considered to have reached that same rock superstardom as was achieved by U2. Maybe not quite as super, but they got close. Along with Husker Du, REM was instrumental in setting the foundation of what would come to be known as alternative rock. And Murmur is a landmark album. Indistinct vocals by Michael Stipe were surrounded by the driving, jangly guitar sound of Peter Buck throughout this collection of catchy college radio pop featuring such terrific songs as Catapult, Moral Kiosk, Laughing, and Pilgrimage. 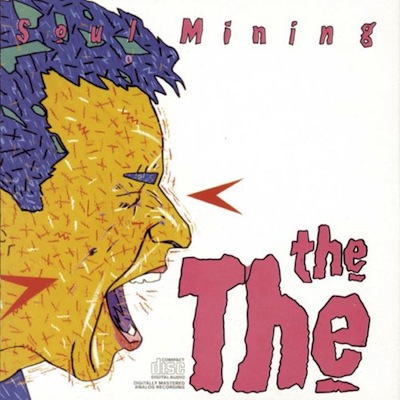 1) Soul Mining – The The As this debut album was made, Matt Johnson was essentially the only member of the band. He did have several musicians lend a hand, but there was no official band. From the opening track – I’ve Been Waitin’ For Tomorrow (All Of My Life) – to the final track (on the American vinly release) – Perfect – it’s nothing but fantastic songs. Sophisticated and danceable and totally pleasurable. Jools Holland of Squeeze sits in to play my most favoritest piano solo on my favorite track. It’s killer!